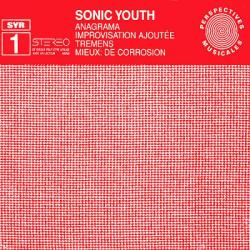 The incidental music for this episode is “Tremens.”  Not only are Sonic Youth the musical heirs to the Captain’s throne of art-rock aspirations, they heartily acknowledge this indebtedness in their own rendition of “Electricity” on a fantastic Beefheart tribute record.  “Tremens” holds quite a bit of significance for me, personally.  I began my stint on radio when the SYR series began, and I listened to them as I was learning the ropes.  This track is featured in an early episode of my program, too.  But the title gets at the thesis statement problem too: in order to get us to a place where we can understand the transformative effects electricity has had on music, we may suffer the the aural DTs as we travel back to the acoustic era of recording. 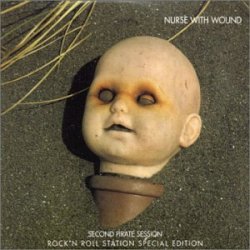 I also use a chunk of “Two Golden Microphones” not only because microphones themselves are such a large part of the narrative, and were the innovation that allowed music to evolve out of the acoustic era of recording, and into the electric era of recordings, but to further acknowledge that Nurse With Wound are the true pioneers of the cut-and-paste music aesthetic.  In fact, between them and Negativland – the DNA of which should be apparently audible in nearly everything I’ve done – I would have no other schtick to stand on.  So for that, thank you.

04.) The Very Thought Of You * Bing Crosby & Georgie Stoll

From here on the musical selections are slightly less symbolic and much more literal, though I do hope that these can work on at least two levels as well.  Bing Crosby was chosen only because he is a perfect example of the kind of artist that could only have a career post-microphone.  His voice is very well suited for an intimate performance, where we is really singing at a quiet and personal way, something that couldn’t be done in the era of acoustic recording.

There is something incredibly charming about being able to listen to Beethoven while you wash dishes, but for this I decided that I should find an actual Edison Cylinder recording, because I knew I could actually take the extra step.  As this song is in mono, it adds another level of simplicity to the program.  There are a number of places online that you can find wax cylinders, and I do very much love listening to these .mp3 transfers of a 100+ year old record for the disjoinedness of it.  Therefore, I encourage you to go to The Thomas Edison section of The National Parks website, and download some archived recordings of Edison Cylinders.  It’s a lot of fun, and they are all really weird.

Something that is lost on audiences 100 years later is the absolute star power of an artist with a name of which you have never heard.  Enrico Caruso released more records in his lifetime than most tenors could ever imagine being featured on, and was the opera singer of his time.  He packed houses across two continents, and critics have spoken so passionately about the sound of his voice that there are some schools who have annual competitions by students who eager to take a shot at describing Caruso’s vocal performances.  If you don’t go that deep into opera, then there’s no reason you would be able to recognize the caliber of his performances, and since the last time Caruso was popular in the US was 100 years ago (and I’m not kidding, it has been that long, precisely), I’m not surprised you don’t know who he is.  I only came across his music when I started listening to The Ragged Antique Phonograph Music Program, and even then I can only really say I know of him.

Plus, opera ain’t really my bag.  But, as a key player in the early days of recording music, Caruso is a perfect example – unlike Bing – of being able to perform for the acoustic era.  It is said that his voice loved the horn, and he could belt out a tune the way no one else could.  It is no wonder he recorded over 250 times in his career; the dude could sing. 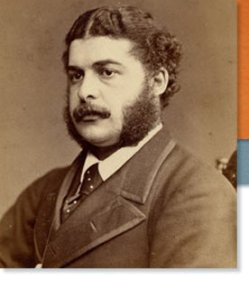 Various corners of the Inter-Web-A-Tron can reveal some incredible things, so here’s something fun I turned up as I was researching this episode: a recording of Arthur Sullivan from 1888 talking about being “thrilled and terrified” by Edison’s invention.  Hopefully you have the kind of ear that can dig through the grooves on this one and really “grok” what he’s saying, but the gist of it is something that I think is at the heart of the central conversation about recorded music: the old generation is excited and annoyed by the next generation all at once.  It was just too perfect, not only as an artifact, but as a way of framing how long this generation to generation conversation has been going since the beginning.  Edison’s later resistance to electric recording technology, then finally giving in and embracing it far too late, is entirely foreshadowed, symbolically. 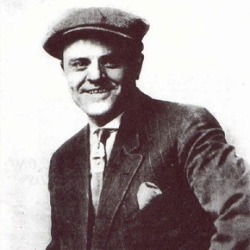 Caruso might have been the opera equivalent of a rock star, but Billy Murray has often been referred to as the Elvis of his time, mostly in the sense that Murray was known by everyone.  Unfortunately, he was considered a novelty for most of his career, which spanned almost 45 years across two centuries.  Unquestioningly the biggest household name of the 1900s and 1910s, he sang vaudevillian ballads and novelty songs, and for nearly 20 years made a living touring and singing to people all across the country.  His singing style is considered “conversational,” and people really connected with his everyman style, unconventional compared to other artists working the similar circuit.  While he continued to get work into the early ’40s, as electric recording techniques and jazz began to dominate the record industry, Murray had less and less star power.  In the acoustic era of recording, Billy was the biggest star America had ever known in popular music, and it wasn’t until Louis Armstrong or Frank Sinatra that someone as huge grabbed the American consciousness.  While his name is largely forgotten today, this is a sample of American Popular music at the beginning of the 20th Century.  Hopefully, as we continue with more History Lessons, we can see this style and format evolve.